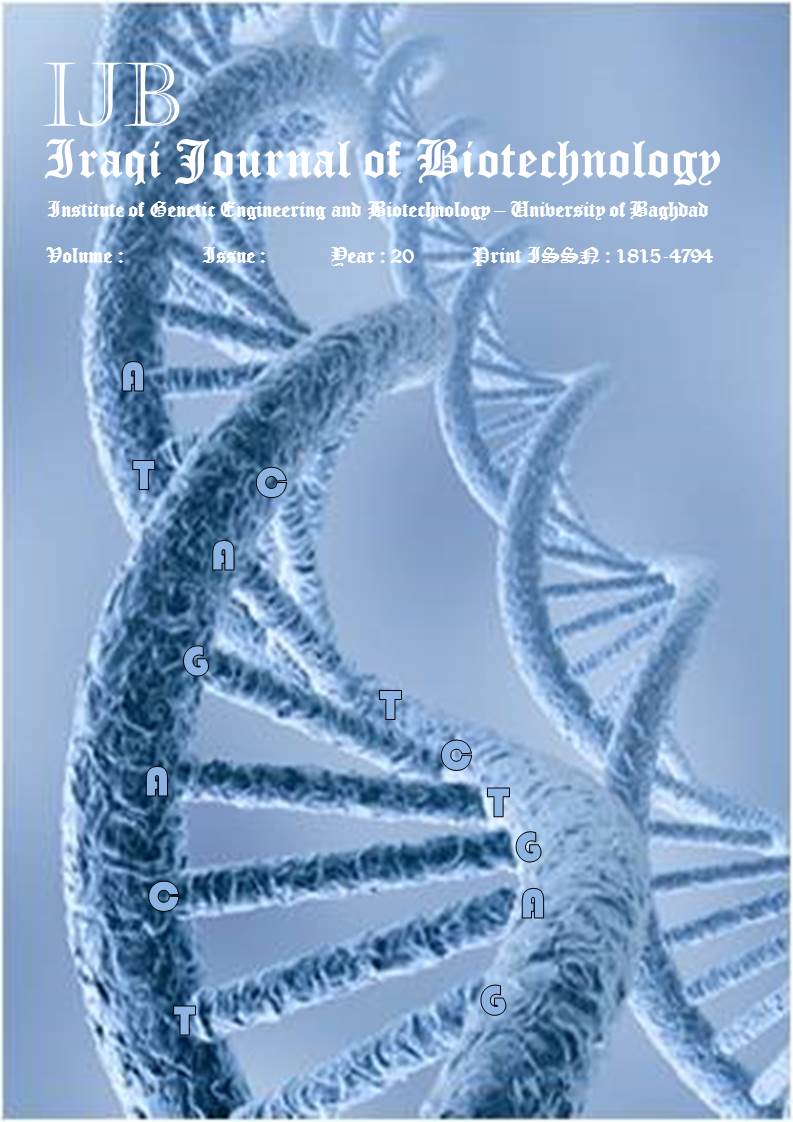 The first issue of Volume 13 was published in 2014 by the Iraqi Journal of Biotechnologies, where the issue of the editorial review   as well as included eight additional research papers in various disciplines of genetic engineering. The topic of the research paper In Silico research of some of the side effects of drugs used against cancer patients in Iraq, where studied some of the negative aspects caused by the use of anti-cancer drugs in Iraq of (30) medicine . The first study dealt with breast cancer and the investigation of genetic variations in the 10 axis of the BRCA2 gene and the role of these variations in the diagnosis of breast cancer and an impact on the mortality rate in patients still under study. The second study dealt with the role of Matrix Methalloputins - 2 as it is a group of protein enzymes which represent important targets in the treatment and diagnosis of cancer and human cancer, especially in the course of diagnosis and treatment of urinary  bladder cancer. The third research involved molecular screening of the human cytomegalovirus gene in Iraqi women with pregnancy problems, The fourth study dealt with the level of apoptosis and necrosis in patients with chronic leukemia resistant to chemotherapy, where the results of chemical biopsies of patients showed that they lead to increased genetic expression of the gene by measuring the level of phosphatidyl Serene-ps, which led to the proportion of apoptosis  and necrosis. The fifth study aims at clarifying the effect of the structure on the spermatozoa and the sperm in the rats' testicles, since the heptachlor is not chemically stable but rather a catalyst for the tumor through an effect on DNA.. The study investigated the genetic variation in the interleukin 10 gene and its association with type 1 diabetes mellitus. The seventh research was using the polymerase reaction technique to investigate the exo S. exfoliated gene for exotoxin in local isolates of the p. Aerogenosa that causes ear infection. The eighth study studied the effect of acute myeloid leukemia in some cellular hematopoietic parameters obtained in the white blood cells in three cases of patients including pre-treatment and during treatment and after chemotherapy